(Left) Hsing I Ch'uan (Xingyiquan) San Cai Shi ("Three Bodies" Posture) Application. The San Cai Shi (also known as San Ti Shi) is the very foundation of both the Five Fists and the Twelve Animals. In fact, this application for San Cai Shi is also used to demonstrate the Splitting Fist (one of the Five Fists) as well as the combined Eagle/Bear. In some schools, this same application is used to explain both the Monkey and Swallow forms as well. The principles of the basic San Cai Shi are found throughout many of the Twelve Animals forms.

by Gerald A. Sharp and webmaster Dave

The 12 Animals of Hebei Style Hsing I Chuan (Xingyiquan)

Nei Jia (Internal Shape) Kung Fu is a term that has become associated with the grouping of Internal Chinese Martial Arts known more generally as: Baguazhang ("Pa Kua Chang" or Eight Diagrams Palm), Xingyiquan ("Hsing I Ch'uan" or Form and Will Boxing), and Taijiquan ("Tai Chi Ch'uan" or Supreme Ultimate Fist). All three of these arts are known for their health maintenance properties and their sophisticated approach to self-defense that is generally characterized by seeking softness, patience and flexibility over hardness, speed and brute force. This approach is different from Wai (External) Jia Martial Arts, which are characterized by maximizing speed and force. A well-known example of Wai Jia kung fu is Shaolin (and the multitude of styles and variations that it includes). In this context, a person can practice Taijiquan, for example, and refer to them self as a practitioner of Nei Jia Kung Fu. Each of these arts is a complete martial arts system. 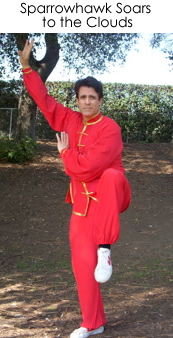 The martial art of Xingyiquan (or Hsing I Ch'uan) has perhaps the most compartmentalized training scheme of any of the Nei Jia (Internal) group of kung fu styles. Initially, there are the short collection of forms (associated with the 5 elements or 5 phases) called the Five Fists. Next, the Animal Forms are taught. In the case of Hebei 12 Animals style, this is another larger group of forms. There are linking forms that teach the integration of these individual forms. The integration of these forms is also trained using push hands methods that are again built on the structure of the five elements. Xingyiquan has a number of weapons forms, and the spear is a particularly important weapon in Xingyiquan since the entire art is said to have been an attempt to generalize the insights gained from learning the spear to a larger system including empty hand practice.

At times, Xingyiquan has been used as a hand-to-hand combat training in the Chinese military. Before the introduction of the gun, Xingyiquan was used as a training for armed military combat. The basics can be taught quickly, but Xingyiquan can take a lifetime to master.

Initially, Xingyiquan can present itself as a striking art. The fist forms can easily be viewed in this way, especially if your context includes karate but not the other Neijia styles of kung fu. Not long after this initial assessment, some difficulties make it hard to maintain this perspective. The steps of the five fists are often performed in a staccato way, but as one practices them one finds half steps that train structure, balance, the waist and the process of rooting. One finds that precision in practice is more valuable than trying to train power or speed directly. (In Xingyiquan, power and speed follow from training precise structure and rooting.) The very direct linear approach that is initially obvious and intuitive in watching Xingyiquan turns out to be not quite right as you practice it yourself. There are small angles that begin to dominate the linear parts of the practice. The structure of the postures point your body toward the process of rooting. The combination of rooting and good structure allows overt force to be distilled from the practice without sacrificing effectiveness. The push hands practice also teaches that value of relaxation. The practice of Xingyiquan evolves to a Chinese Internal martial art that has exchanged concepts with both Taijiquan and Baguazhang for more than a century. 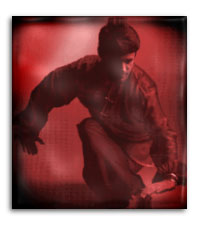 In the beginning, Hsing I is usually trained using more hardness and the fists are seen as only fists meeting other forms of aggression. The learning progress continues through the exploring use of techniques and subtle angles that allow an opponent's force to be used against them. This is called the obvious stage of training. This obvious stage should not be dismissed because of the name "obvious" since it takes a great deal of time and diligence to master. The second stage, known as the hidden power stage, builds on the obvious foundation and employs more sophistication in application. At this stage, a punch doesn't only just block a punch with brute force. The punch can be intercepted with a movement that appears to have the form of a punch but it employs softness on the outside and lightness in the interception movement. The opponent cannot fully sense what the defender is doing and is often a bit confused. The opponent is often deceived by a Hsing I player employing something hidden that cannot be detected on the surface. The movement appears to be the same shape or form the beginner used in the obvious stage, but by progressing to using softness and lightness there is something more. That is why training the Hsing I forms slowly and focusing on the "soft aspect" or hidden at some point (if not in the beginning) is so crucial for development. For example, Beng Chuan is usually perceived as a straight blow to the midsection but the other retreating hand is drawn back to waist. For the Hsing I practitioner employing softness, this retreating hand can be used to pull the opponent off balance powerfully. This is especially true if it is drawn directly back to waist with precision and exactness.

When the practitioner begins to understand the value of softness in practice, then they are able to enter the transformational stage of practice. This stage places the practitioner at a level at which they no longer rely on any force whatsoever. Instead, these high level Hsing I masters can use soft relaxed structure and will to overcome all forms of aggression. This doesn't mean they are a doormat, or a new age flower employing wimpy movements and hoping for some magic blow that will take the other guy off their feet. This stage requires that the practitioner has spent years understanding the hardness and shape or form of what they're doing, and now because of their training and their ability they can use lightness to breakdown incoming force. Instead of applying brute force, they are able to commit to lightness. They don't need to rely on opportunities to employ this technique or that one. Instead, they flow with whatever is given and use it immediately without reservation. By moving in this way, lightly and with focus, the Hsing I master breaks down the opponent's will as well as their shape to deal with aggression.

I've met and studied Nei Jia Arts with many people from all over the world who have reached a level of transformation. According to them, it is this model (or ones similar) which separate the Internal Arts from the External. All the Nei Jia Arts are designed to eventually move the practice towards a level of softness and sophistication.